Webster Pacific and United Van Lines collaborated to better understand the impacts of Covid-19 on USA moving trends.  Using United Van Lines data, Webster Pacific studied moves by zip code and metro area over a two-year period across the contiguous United States.  This report finds that Covid-19 has caused people to move out of the largest metro areas, favoring smaller metro areas.  Additionally, people are moving out of New York/New Jersey and California at higher rates due to Covid-19 and moving into the South and the Midwest Plains.

This report is compiled by location analytics specialists Webster Pacific (www.websterpacific.com) and wealth intelligence firm New World Wealth (www.newworldwealth.com). The wealth and HNWI figures in the report are for June 2020 and they therefore take into account the impact of the recent coronavirus outbreak.

JUNE 24, 2020: LUXURY RETAIL MARKETS PREDICTED TO BE MOST NEGATIVELY IMPACTED BY COVID-19

Wealth intelligence firm New World Wealth and location analytics specialists Webster Pacific recently reviewed the top cities worldwide by total wealth held. See top 20 below. As part of this study, Webster Pacific created heat maps for certain major cities to give a better indication of which neighborhoods are the wealthiest in each city. 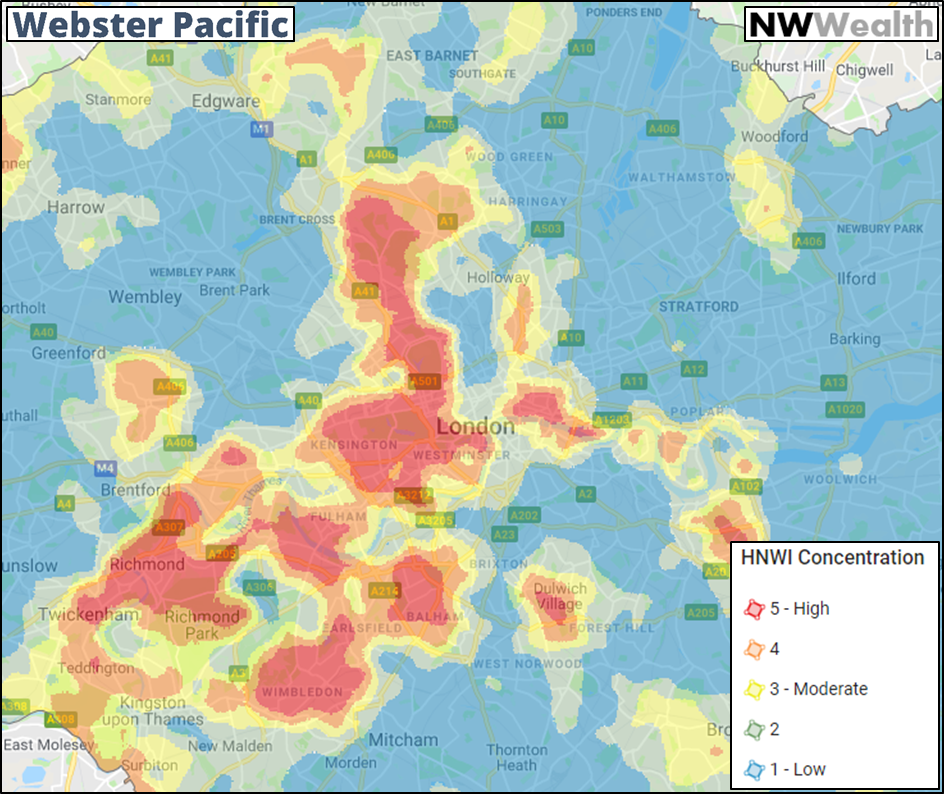 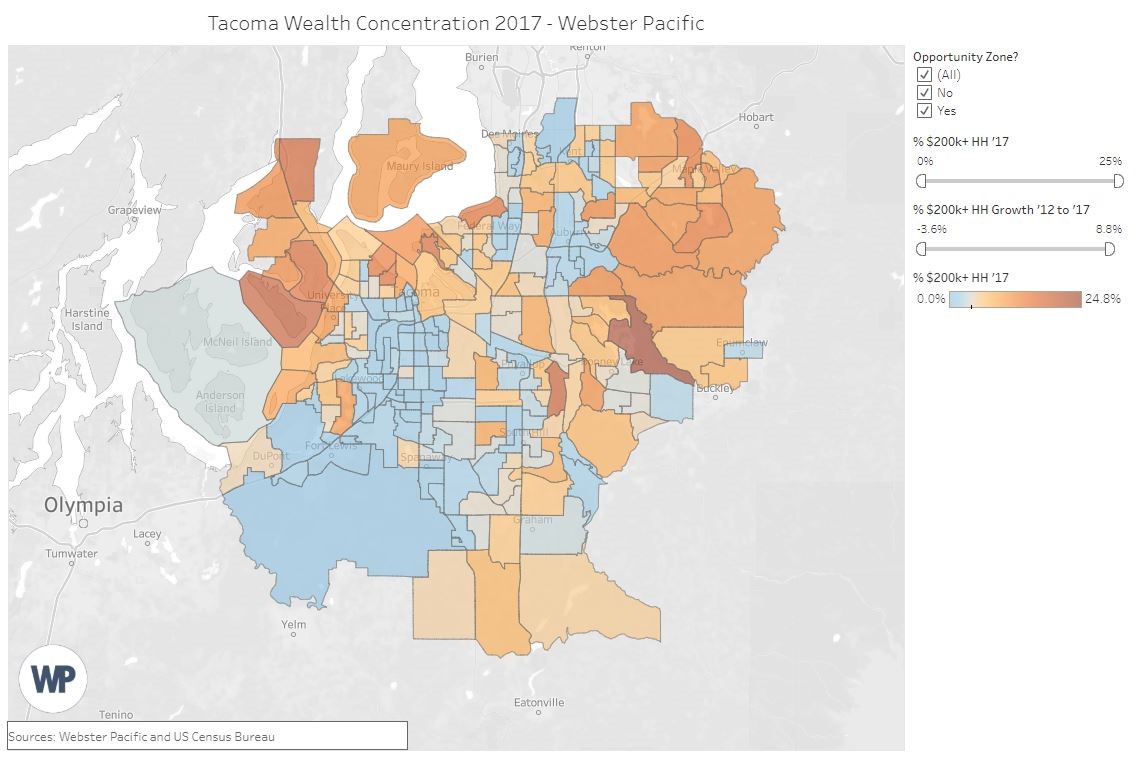 To better understand an investment strategy in Opportunity Zones, Webster Pacific examined various data related to each zone in the United States and Puerto Rico. Our objective was to identify which Opportunity Zones represent places where the value of a property investment would most likely continue to increase. To that end, our analysis of real estate values has shown that incomes and wealth correlate strongly with real estate value. We therefore asked the following question: “Of all 8,700 Opportunity Zones, where are incomes and wealth already growing the most?”

To answer this, we calculated the growth in the percentage of households earning $200,000 or more in each of the 8,700 Opportunity Zones. (The growth is measured between 2000 and 2017 and is adjusted for inflation. We excluded any tracts that were recently created, tracts whose boundaries were significantly altered, or tracts with fewer than 100 households. A similar methodology was used in one of our earlier studies, released in an article by Bloomberg[2].) We then found the fifty Opportunity Zones with the highest wealth growth and mapped them in Tableau by metropolitan area. 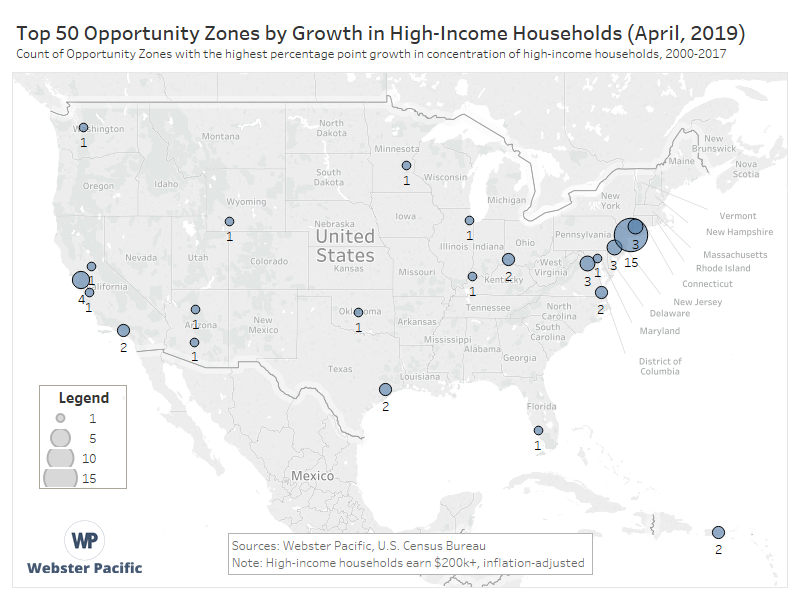